Treatment for addiction to prescription drugs in Yorkshire

In recent years, there has been an increasing problem of misuse and dependence with prescription medication and some over the counter medicines (OTC). Problems with opioids such as tramadol, oxycodone, moprhine, fentanyl and codeine and benzodiazepines such as diazepam.

In 2019, 5.6 million people were issued with an opioid prescription and over 500,000 of those have been receiving repeat prescriptions for over 5 years. The number of people accessing treatment is sharply rising and the pandemic has increased demand for chronic pain relief and levels of self-medication as a result of increased NHS waiting lists for the treatment of painful conditions.

Codeine is commonly used to treat mild to moderate pain and is described as a ‘weak opioid’. Low strength codeine can be bought over the counter in the form of co-codamol. Higher strength codeine is legally controlled, and it is against the law to possess it without a prescription.
Some of us get a euphoric or relaxing effect from taking codeine, which can lead to misuse and addiction. Long term codeine use can damage parts of the body and brain and actually increase pain sensitivity, the opposite of its intended use. Overdoses of any opioids can be fatal.

Morphine is commonly used to treat severe pain and is a ‘strong opioid’ available only on prescription. Dependency can develop quickly, hence the need to prescribe cautiously and monitor for dependence, tolerance and addiction.

For some of us, a sensation of deep relaxation and feelings of extreme well-being may be seen with morphine use. Long term use of morphine, like codeine, can lead to more severe physical and mental health impairment, more severe withdrawal and life-threatening in an overdose.

Oxycodone is now the most misused prescription drug in the USA where it is often referred to as ‘hillbilly heroin’ and it is rapidly gaining in popularity in the UK as well.

Oxycodone is a synthetic form of morphine; it is roughly double the strength of standard morphine, which is why it is so dangerous.

Oxycodone creates similar effects to heroin, meaning that its misuse to escape physical and mental health ‘pain’ is high. It can sometimes be describe as being wrapped in cotton wool.

Tramadol is a commonly prescribed opioid used to treat moderate to severe pain. It was initially thought to have a lower potential for misuse than morphine or oxycodone, but experience over the years has shown that it does have significant potential for misuse. Some time after its launch, it was therefore reclassified by the UK government to a legally controlled drug. In some people, it can cause feelings of well-being and relaxation, as well as euphoria if used in higher doses. Stopping Tramadol suddenly can cause withdrawal symptoms for longer than other opioids, and occasionally it can cause death in a similar way to heroin

Diamorphine is a class A drug and is the semi-synthetic opioid, similar to heroin but medically purified. Diamorphine is a crude form of heroin. It is 2-3 times stronger than morphine and is used in healthcare for severe pain. It is given by injection only, either into a vein or under the skin. If misused illicitly, it is very addictive and as addictive as heroin, but heroin misuse is far more common than diamorphine misuse.

Fentanyl is a strong synthetic opioid and a class A drug. It is that is similar to morphine and heroin but is 100 times stronger than heroin. It is used in healthcare for pain relief as a prescription only medication and is a legally controlled drug. It can be prescribed as a patch, an injection or a lozenge. Tolerance can occur and this means you need a higher and/or more frequent amount of a drug to get the desired effects.

Illicit use of fentanyl is more dangerous than heroin since the risk of overdose is higher. In recent years, fentanyl has been appearing in drugs on the black market mixed in with other drugs such as heroin or cocaine. This mixing occurs because only very small amounts of fentanyl are needed to produce the highs and it is therefore cheaper to manufacture than some other illicit drugs. Fentanyl’s effects on the body and mind are similar to heroin, including euphoria/high, relaxation, drowsiness, confusion, nausea, and at higher doses it can rapidly cause problems breathing and unconsciousness.

Benzodiazepines and Z drugs such as Zopiclone have been widely prescribed over the years to help with sleep and anxiety problems. They may be quite effective in the short term, but regular use can cause tolerance, dependence and addiction. Up to 30% may misuse them purely to get a high though and a UK study showed that 7.7% of people have misused these medications (reference: Kapil, V., Green, J., Lait, C., Wood, D., & Dargan, P. (2014). Misuse of benzodiazepines and Z-drugs in the UK. British Journal of Psychiatry, 205(5), 407-408.) This group of drugs is often misused by opioid users. Benzodiazepines can enhance the intensity and duration of opioid effects, especially when co-injected. Those with a shorter duration of effect such as lorazepam and alprazolam (Xanax) are often misused more than those with a slower onset.

This group of prescription medications acts on the “GABA” system in the brain, hence the name gabapentinoids. GABA is a receptor in the brain and body that when activated, depresses and ‘slows’ the nervous system, with examples such Pregabalin and Gabapentin. They can help with anxiety, pain and epilepsy and are prescribed for these conditions. However, they can be misused since they can sometimes cause some euphoria (for approximately 1-12% of people) and make people feel calmer and more relaxed. Pregabalin and gabapentin may also be misused to enhance the effects of alcohol and drugs including methadone. The number of people misusing them alone seems to be lower but there have been steadily increasing reports of pregabalin and gabapentin misuse in people who misuse other substances. An international review of 59 studies showed gabapentinoid misuse in 1.6% in the general population, and 3–68% of opioid misusers.
(reference: Evoy KE, et al. Misuse and misuse of pregabalin and gabapentin. Drugs 2017;77(4):403–26.) For this reason, pregabalin and gabapentin have been reclassified as Class C controlled drugs in the UK.

Signs to look out for

There are certain signs you can look for that will help you identify a case of a prescription drug addiction.

If you’re concerned about your own situation, consider the following symptoms of prescription drug addiction:

If you are concerned about a loved one rather than yourself, signs to look for include:

Any combination of signs or symptoms that suggest a potential prescription medication addiction should not be ignored.

Withdrawal symptoms can occur quite quickly, just a few hours after the last time taking the drugs. Withdrawal produces flu-like symptoms and can include:

These physical symptoms peak in a few days but the cravings can last long term.

Withdrawal from benzodiazepines or gabapentinoids

Withdrawal symptoms can last weeks to months and may include:

Severe withdrawal may also include:

At The New Life Centre, we try hard to control this long list of withdrawal symptoms from these prescription drugs. We specialise in detox over 1-2 weeks using non-addictive medication to make it as comfortable as possible (NB benzo detox can take longer than other drugs and a lot depends on amounts and length of addiction). Published evidence shows that even an early version of the BONDS protocols was very well tolerated in opioid detox: 97% of patients did not report pain during a Bonds detox from opioids*.
(Reference again as before: Beaini AY et al (2000, October). A compressed opiate detoxification regime with naltrexone maintenance: patient tolerance, risk assessment and abstinence rates. Addiction Biology, 1;5(4):451-62 ).

Once the drugs are out of your system, you can usually then have oral naltrexone on day 4 or day 5 which blocks the effects of any opioids for opioid misuse, and naltrexone may reduce cravings for a wide range of other misuse, both prescription and non-prescription drug or alcohol misuse, and therefore may be useful to support abstinence.

*Outcome measures recorded at a time in previous years when Dr Amal Beaini was previously providing the BONDS protocols from the Detox5 service, not The New Life Centre at Broughton. These BONDS protocols are now part of The BONDS Clinic at Broughton and Detox5 has closed a few years ago. Abstinence data at 12 months did not include those patients who could not be contacted or lost to follow up.

Our programme model is tailored to the individual’s needs. Our detox varies depending on whether the substance is a lone problem or is accompanied by misuse of other substances, the amount the patient is using, and if there any underlying mental health issues. The internal audits of the BONDS treatment protocols of many years have shown that approximately 70% of patients with alcohol or substance misuse also have an underlying mental health disorder. This combination of addiction and a mental health disorder is called Dual Diagnosis.

More about this service Our inpatient facility within the Broughton Hall Estate in North Yorkshire is where your journey to recovery begins. You’ll first meet the team at our purpose-built facility “Pasture House” for a multi-disciplinary team (MDT) assessment and then your detox begins… The majority of detoxes are expected to be completed within 7-14 days, and those with more complex multiple addictions or significant mental health disorders may require 21 days (or possibly longer).
Find out more
Consolidation & relapse After a successful detox, we encourage our patients to undertake a Consolidation and Relapse Prevention programme. At The New Life Centre, we see this as a 12-month programme tailored to you to ensure we provide you with the best route to recovery.

Find out more
What happens if I relapse? Here at The New Life Centre we never judge or criticise; we’ll do our best to support you on the path to recovery. We would expect there may be some cravings at times and these cravings could increase the risk of relapse. If a relapse happens, this is by no means an admission of defeat. In fact we see this as a learning and how we help prevent relapse in the future. We have many options to consider if you do relapse and our dedicated team are on hand to work with you on the areas that contributed to relapse.
Find out more 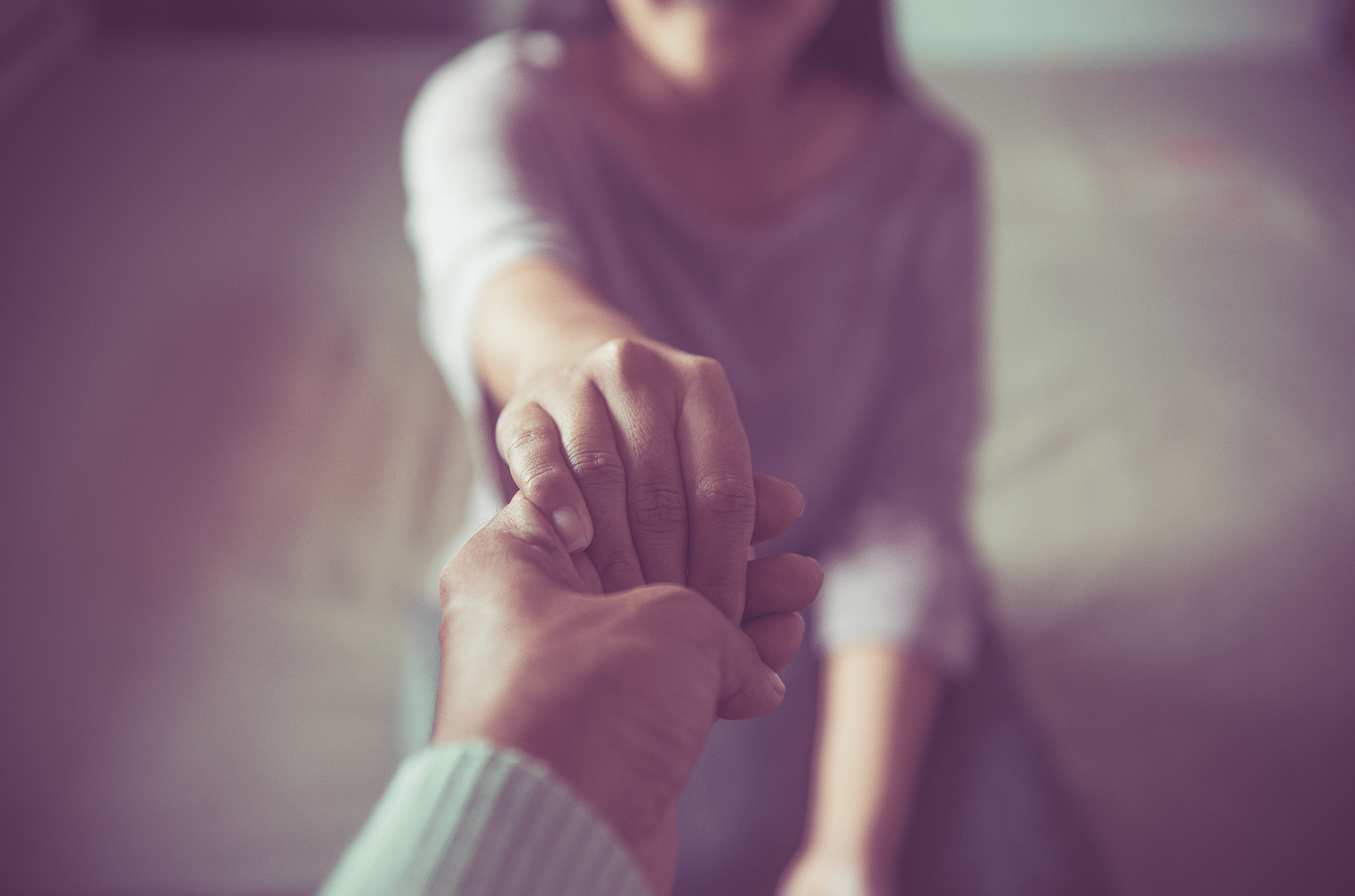 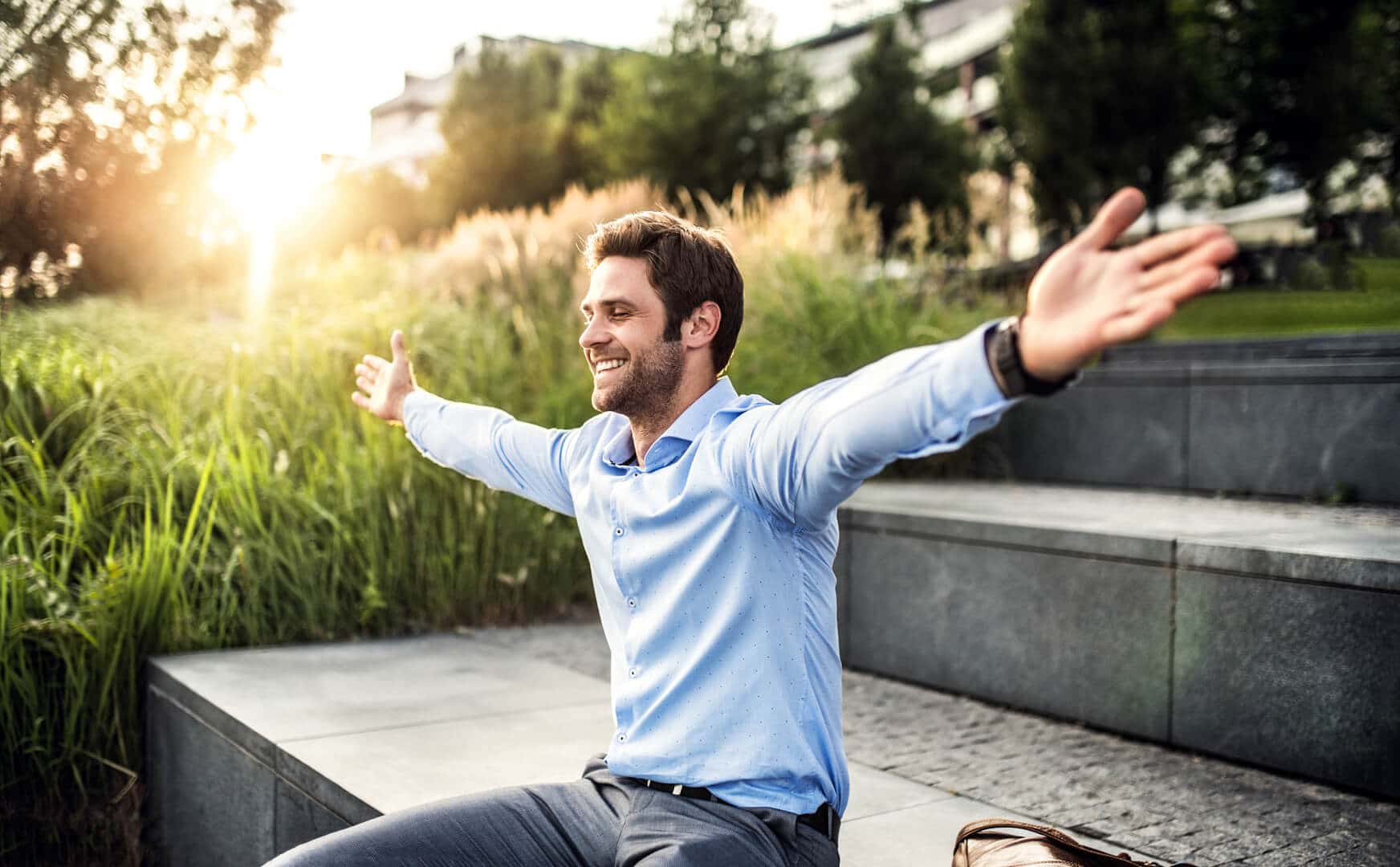 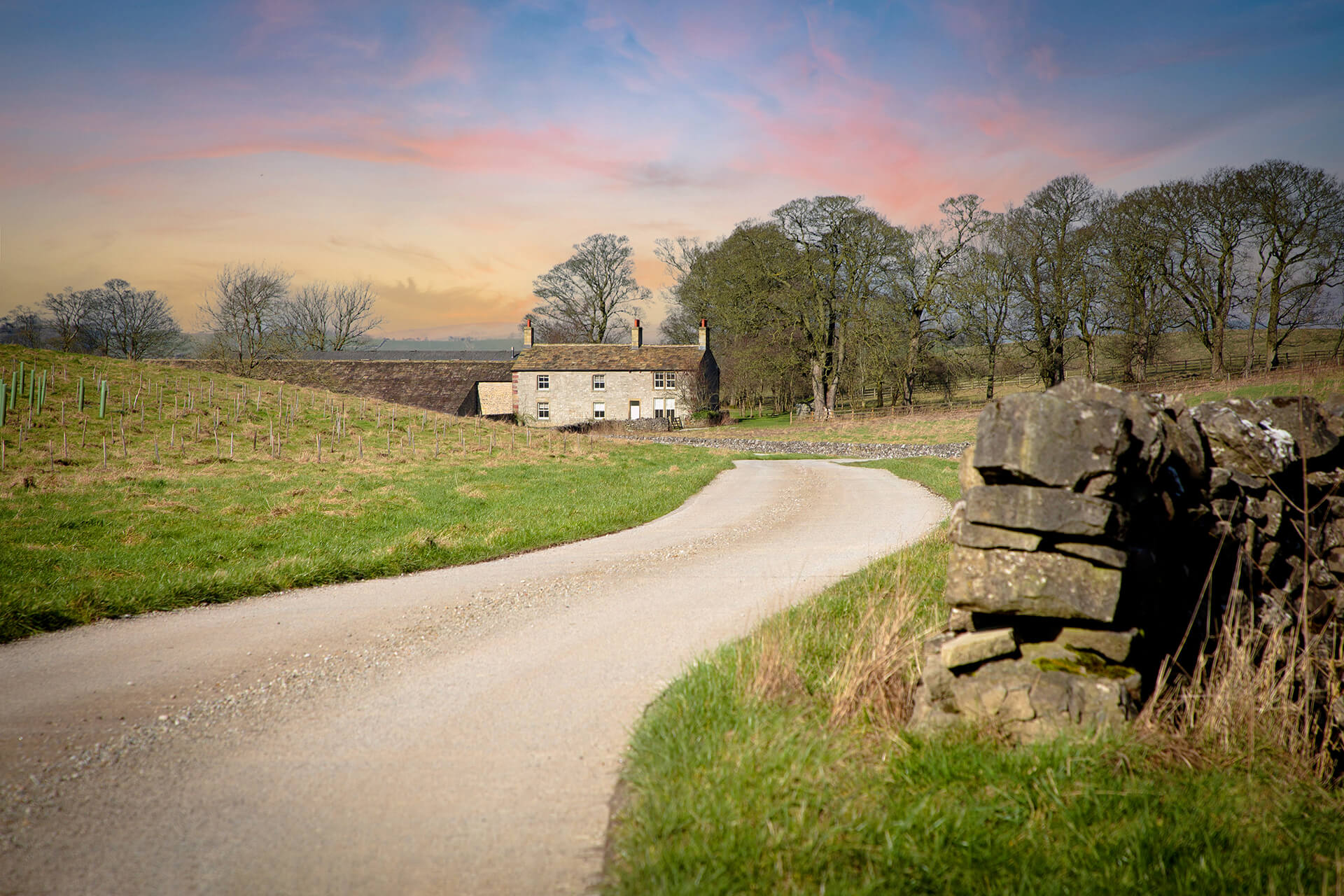 Treatment for addiction to prescription drugs